by The Society of American Florists (SAF) | Spirit, Wellness 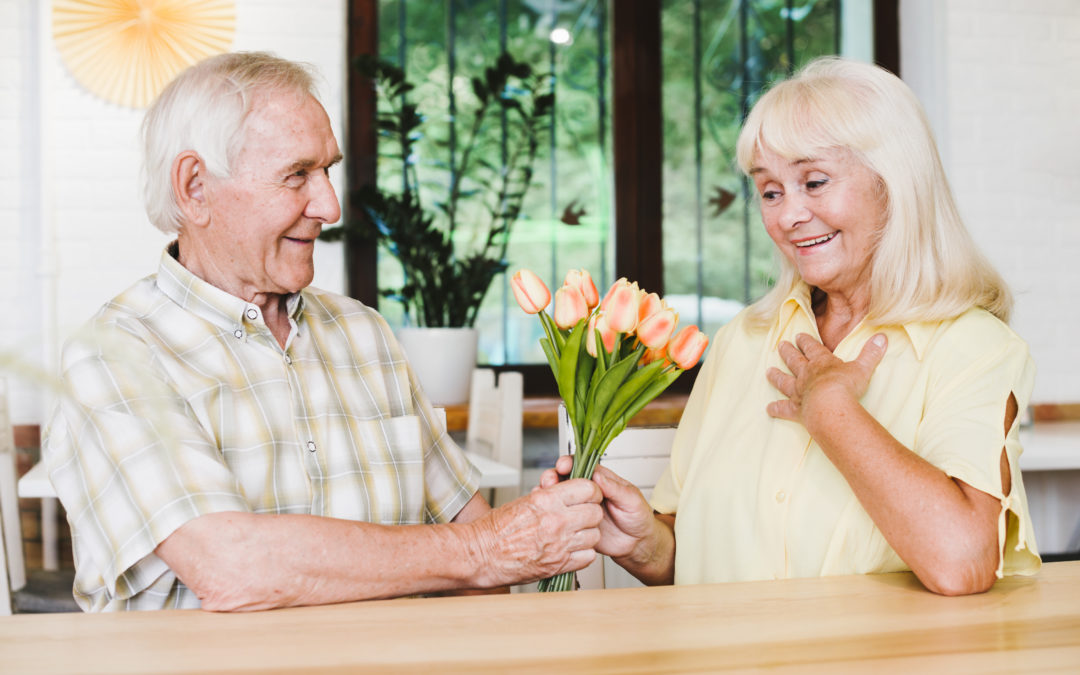 Everyday, America’s aging population – 40 million and rising – faces the challenges of growing older, including depression, memory loss and social withdrawal. As a concerned nation, we are continually exploring new means to ease daily-life anxieties. A six-month behavioral study by Rutgers, The State University of New Jersey, on the health effects of flowers on senior citizens, demonstrates that flowers ease depression, inspire social networking and refresh memory as we age.

“The results are significant because as our nation grows older and life becomes more stressful, we look for easy and natural ways to enhance our lives – and the lives of our aging parents,” said Dr. Jeannette Haviland-Jones, professor of psychology and director of the Human Development Lab at Rutgers. “Now, one simple answer is right under our noses.”

This research follows a study conducted in 2000, which links flowers to greater happiness and life satisfaction in women. In 2001, Rutgers set out to explore the effects flowers would have on senior citizens, who experience different living situations and greater life changes.

Prevention in a Bud, Not a Bottle

More than 100 seniors participated in the Rutgers research study, in which some received flowers and others did not. The results shed new light on how nature’s support systems help seniors cope with the challenges of aging. The results are as follows:

“Instinct tells us that flowers lift our spirits, but, their effects on seniors are especially profound, if not surprising,” said Haviland-Jones.

Specifically, 81 percent of seniors who participated in the study reported a reduction in depression following the receipt of flowers. Forty percent of seniors reported broadening their social contacts beyond their normal social circle of family and close friends. And, 72 percent of the seniors who received flowers scored very high on memory tests in comparison with seniors who did not receive flowers.

“Happier people live longer, healthier lives and are more open to change,” said Haviland-Jones. “Our research shows that a small dose of nature, like flowers, can do a world of wonder for our well-being as we age.”

The Flowers & Seniors Study is the second floral research project conducted by Jeannette Haviland-Jones, Ph.D., professor of psychology, Project Director, Human Development Lab at Rutgers. Dr. Haviland-Jones is a psychologist and internationally recognized authority in the role of emotional development in human behavior and nonverbal emotional signals and response. In 2000, Haviland-Jones completed the first phase of her research on the emotional impact of flowers on women. The Society of American Florists worked in cooperation with the Rutgers research team, bringing its expertise of flowers to the project.

The Flowers & Seniors Study examined senior citizens’ levels of depression, social contact and memory with and without the presence of flowers. Participants were placed in one of four groups, each receiving flowers at different intervals. A series of three interviews was conducted throughout the six-month study, to measure changes in participants’ moods and behaviors. Participants also kept personal daily logs to record social contacts and were given a memory test at the conclusion of the study.

The study consisted of 104 participants (94 women, 10 men), ranging in ethnicity, from ages 55-93. To prevent skewed or biased results, participants did not know the purpose of the study.

Rutgers researchers tested participants for changes in their depression, social contact and memory. Noting which flower group they were in, the researchers used the following methods for measurement:

One-on-one interviews – Seniors were asked questions (see list of questionnaires below) about moods and behaviors three times during the study.

Jeannette Haviland-Jones, Ph.D., is a professor of psychology at Rutgers University and the director of its Human Emotions Lab. An internationally recognized authority on the role of emotional development in human behavior and nonverbal emotional signals and response, Haviland-Jones has published several books on adolescence and emotion and is co-editor of the Handbook of Emotion, for which she won a Critics Circle Award.